Bill and Melinda Gates to divorce, but charitable foundation to remain intact 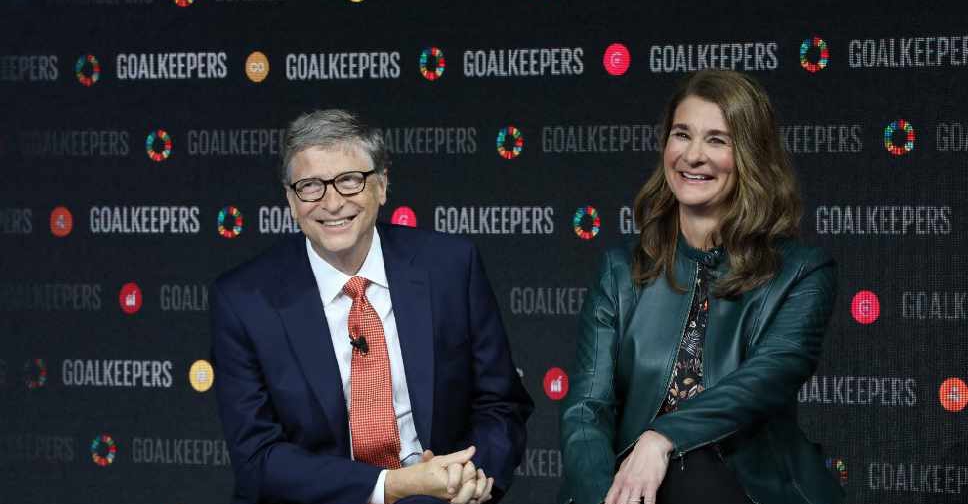 Billionaire benefactors Bill and Melinda Gates filed for divorce on Monday after 27 years of marriage but pledged to continue their philanthropic work together.

The Bill & Melinda Gates Foundation has become one of the most powerful and influential forces in global public health, spending more than $50 billion over the past two decades to bring a business approach to combating poverty and disease.

The Gates have backed widely praised programmes in malaria and polio eradication, child nutrition and vaccines. The foundation last year committed some $1.75 billion to COVID-19 relief.

In a joint petition for dissolution of marriage, the couple asserted their legal union was "irretrievably broken," but said they had reached agreement on how to divide their marital assets. No details of that accord were disclosed in the filing in King County Superior Court in Seattle.

Bill Gates, 65, who co-founded Microsoft Corp, and his spouse, Melinda French Gates, 56, met after she joined the software giant as a product manager, and they dated for a few years before marrying in January 1994 in Hawaii.

"After a great deal of thought and a lot of work on our relationship, we have made the decision to end our marriage," the two said in a joint statement posted on each of their individual Twitter accounts.

"We no longer believe we can grow together as a couple in the next phase of our lives. We ask for space and privacy for our family as we begin to navigate this new life," they said.

The divorce petition, which states that the couple have no minor children, comes after the youngest of their three offspring recently turned 18.

Launched in 2000, the nonprofit Bill & Melinda Gates Foundation ranks as the largest private philanthropic foundation in the United States and one of the world's biggest, with net assets of $43.3 billion at the end of 2019, according to the latest full-year financials shown on its website.

From 1994 through 2018, the couple gifted more than $36 billion to the Seattle-based foundation, the website said.

Last year, investor Warren Buffett reported donating more than $2 billion of stock from his Berkshire Hathaway Inc to the Gates Foundation as part of previously announced plans to give away his entire fortune before his death.

'NO CHANGES TO THEIR ROLES'

In their divorce petition, the couple asks the court "to dissolve our marriage" and to divide their communal property, business interests and liabilities "as set forth in our separation contract," though that accord was not made public.

Bill Gates is ranked No. 4 on the Forbes list of the world's wealthiest individuals, with an estimated $124 billion fortune.

In a separate statement, the Gates Foundation said the couple would remain as co-chairs and trustees of the organisation.

"They will continue to work together to shape and approve foundation strategies, advocate for the foundation’s issues, and set the organisation’s overall direction," the foundation's statement said.