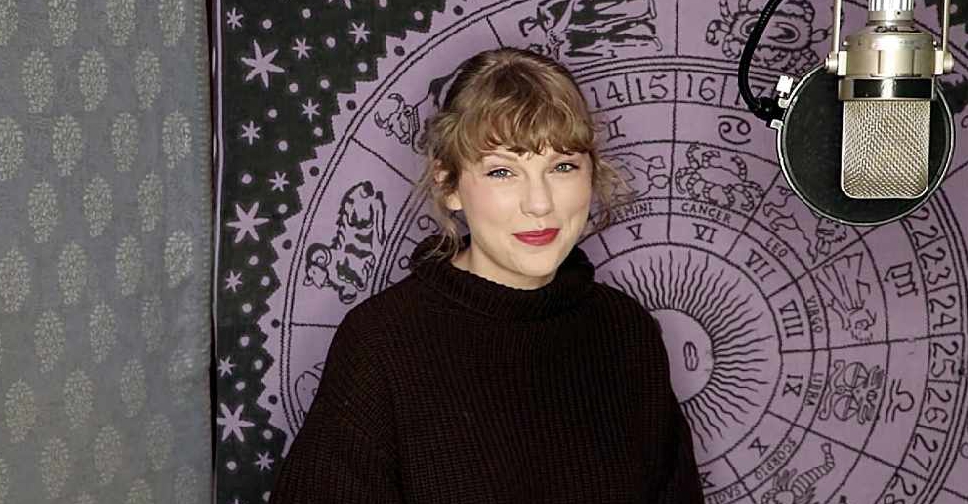 Taylor Swift was named Artist of the Year at the American Music Awards on Sunday and won two other trophies in a ceremony held live in Los Angeles amid tight coronavirus restrictions.

It was a record sixth win by Swift of the top prize at the fan-voted show, although she was absent from the Los Angeles ceremony and accepted her trophy by video, thanking fans for their support of her surprise lockdown album folklore.

Canadian singer The Weeknd, sporting a large white face bandage, was the other big winner on Sunday, taking the trophies for best soul/R&B male artist as well as his album After Hours and song Heartless.

He gave no reason for his appearance, which confused fans on social media, but it appeared to be an artistic choice that started with his March album cover where he sported a bloodied and broken nose.

The Weeknd, who will headline the halftime show at next year's Super Bowl, had gone into the fan-voted awards show with a leading eight nominations.

"I'm just happy to be off the couch and in some real fashion," said host Taraji P. Henson, opening the show, which featured a mix of live and pre-recorded performances across Latin, country, pop, rap and R&B music soul in front of a handful of socially distanced fans.

"It has been a long year and now that 2020 is coming to an end it's time to remember that we are one country, you all. We need to heal," the Empire actress said.

Masked dancers and stripped-down performances were the order of the night, kicking off with Justin Bieber singing his hits Lonely and Holy before being joined by Shawn Mendes for their duet Monster.

The show celebrated the surge in popularity of Latin music with expanded categories and a steamy performance by Jennifer Lopez and Colombian singer Maluma singing Lonely in both English and Spanish.

Becky G, whose parents are Mexican-American, won for best female Latin artist and dedicated her award to immigrant workers.

K-pop group BTS won two, for best pop/rock group and favourite social artists and closed the show with a version of their hits Dynamite and Life Goes On from South Korea.

Rapper Megan Thee Stallion marked her debut performance at the American Music Awards with Body and later accepted the best rap/hip-hop song trophy for her raunchy summer collaboration WAP with Cardi B.

But she was beaten in the best new artist category by Los Angeles singer Doja Cat, who was also named favourite female soul/R&B artist.

Bieber and country duo Dan + Shay won two for their collaboration on 10,000 Hours, while Katy Perry gave her first major performance since giving birth to a baby girl in August.