Thailand welcomes back stolen artefacts after US forfeiture 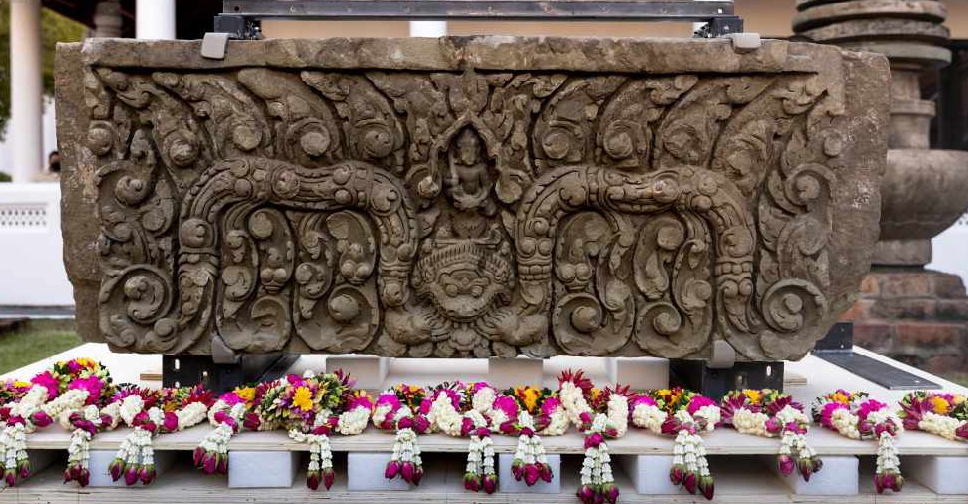 Thailand held a welcoming ceremony to mark the return of two ancient hand-carved artefacts that were stolen decades ago and smuggled out of the country to the United States.

The two 680 kg Khmer-style stone carvings had been on display at the Asian Arts Museum in San Francisco, which was required to forfeit them when a settlement was reached in February between the US government and San Francisco authorities.

Thailand had informed the United States in 2017 that the lintels, which dates back to the 10th and 11th century, had been stolen.

"Today is the day that they are finally returned to their home country and displayed here," Thai culture minister Itthiphol Kunplome said at the Bangkok ceremony.

The sandstone lintels were once parts of the structure of two religious sanctuaries in Thailand's northeast. The government will assess whether they can be returned to their original locations.

"This is a legal battle that has set an excellent example for the museums that still own Thai artefacts illegally because they know they will lose the case," said Tanongsak Hanwong, who located the artefacts and pushed for their return.

"Many museums have chosen to reach out to begin the return process instead of going into the legal process."