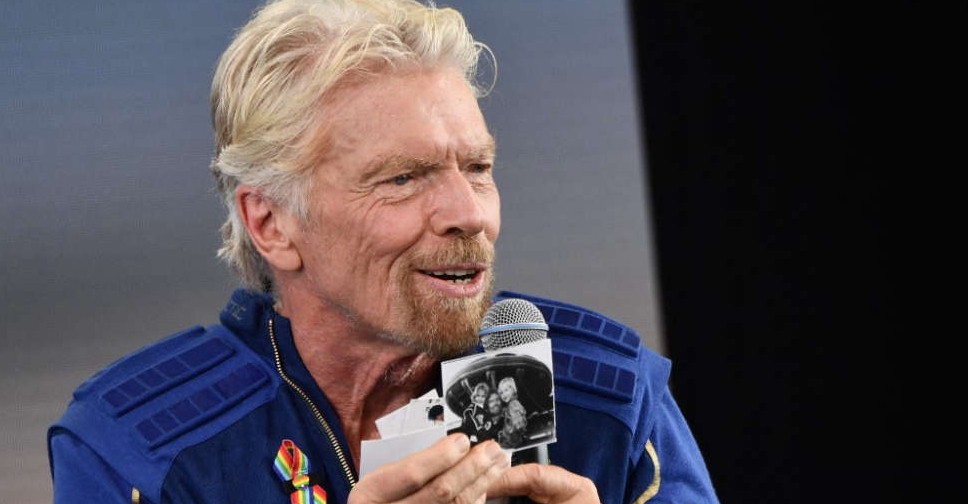 It's a symbolic milestone for a venture he started 17 years ago.

The launch of the VSS Unity rocket plane marks the company's 22nd test flight of its SpaceShipTwo system, and its fourth crewed mission beyond Earth's atmosphere.

But it's the first to carry a full crew of space travellers - two pilots and four 'mission specialists', including Branson.

The mission took off from Spaceport America in New Mexico.

A week away from his 71st birthday, Branson and his crewmates walked onto the tarmac waving to a throng of onlookers before boarding the Unity rocket plane parked at the end of a taxiway.

A festive gathering of space industry executives, future customers and other well-wishers were on hand to witness the launch.

Reaching its high-altitude launch point at about 46,000 feet, Unity was released from the mothership and fell away as its crew ignited the vehicle's rocket, sending it streaking straight upward at supersonic speed to the blackness of space some 53 miles (85.9 km) high.

At the apex of the climb with the rocket shut down, the crew then experienced a few minutes of microgravity, before the spaceplane shifted into re-entry mode, and began a gliding descent to a runway back at the spaceport.

The entire flight, from takeoff to landing, lasted about an hour.

Welcome to the dawn of a new space age #Unity22 @virgingalactic pic.twitter.com/Rlim1UGMkx