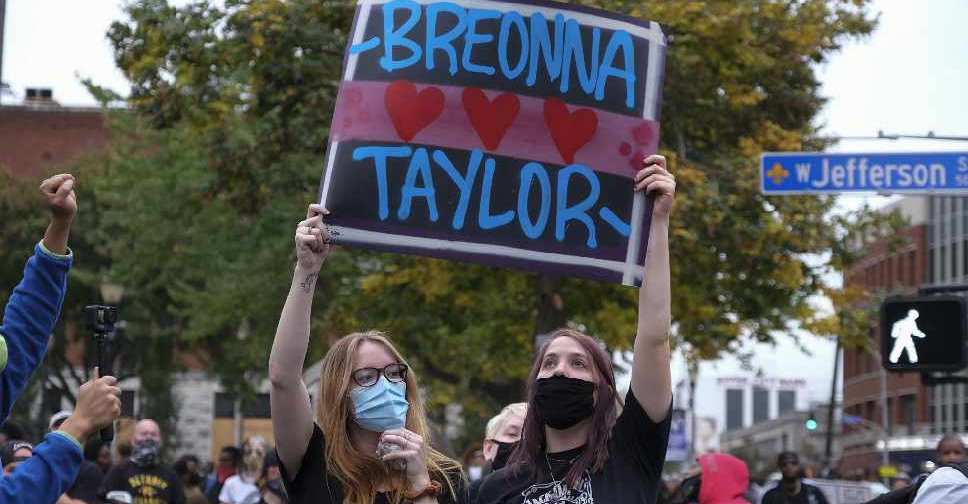 Two police officers were shot and wounded late on Wednesday in Louisville, during protests that erupted after a grand jury decided not to charge any one with the death of Breonna Taylor.

The grand jury decided that none of the three white officers involved in the deadly police raid on Taylor's apartment would be charged for causing her death, though one officer was indicted on charges of endangering her neighbours.

The indictment came more than six months after Taylor, 26, a Black emergency medical technician and aspiring nurse, was killed in front of her armed boyfriend after the three officers forced their way into her home with a search warrant in a drug trafficking investigation.

Her death became a symbol, and her image a familiar sight, during months of daily protests against racial injustice and police brutality in cities across the United States. Last month, media mogul Oprah Winfrey featured Taylor on the cover of her magazine calling for the prosecution of the officers involved in her slaying.

Following the grand jury announcement, protesters immediately took to the streets of Kentucky's largest city and marched for hours chanting, "No lives matter until Black lives matter," amid sporadic clashes with police in riot gear.

The demonstrations remained mostly peaceful until several gunshots rang out as heavily armed police closed in on a throng of protesters at nightfall, ordering the crowd to disperse about a half-hour before a 9:00 pm curfew was due to go into effect.

One suspect was arrested, and the two wounded officers were in stable condition - one undergoing surgery - with non-life-threatening injuries.