Argentina not out for revenge in Copa final, says coach 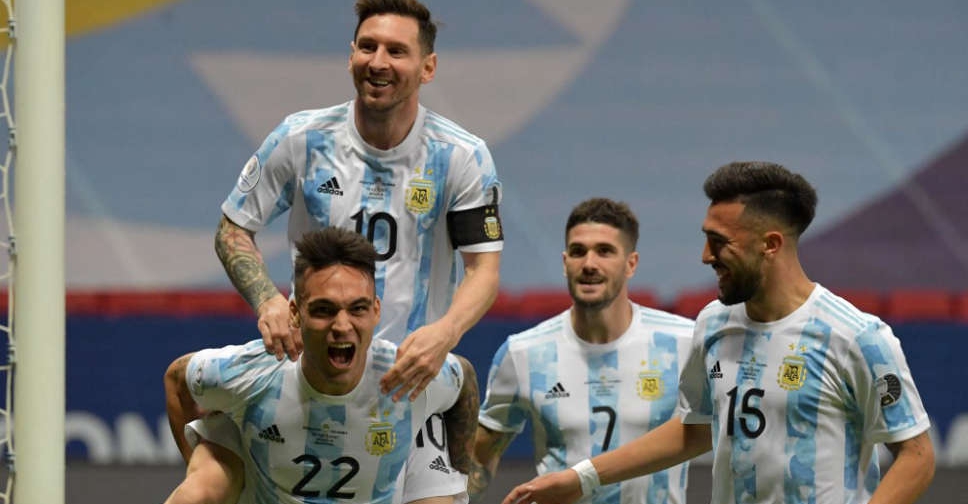 Two years after they lost to Brazil in the semi-final of the Copa America, Argentina are preparing to meet their arch rivals again in the 2021 final, but coach Lionel Scaloni is playing down talk of revenge.

Brazil won 2-0 in 2019 on their way to their ninth Copa title in a game the Argentines remember for controversial refereeing decisions that went against them.

Lionel Messi accused organisers CONMEBOL of favouring Brazil after the tournament and was banned and fined for his outburst.

Yet Scaloni, who has led Argentina on a 19-game unbeaten run ever since, said he and his players were not thinking back but ahead, to Saturday’s final at the Maracana stadium in Rio de Janeiro.

"I don’t believe in revenge, I believe in the work we’ve done, and the project we have here,” Scaloni said.

"For sure, tomorrow it will come to a conclusion, this is a final. We are playing our eternal rival and I hope it is a good game and that people can enjoy it. The world will no doubt stop to watch but there is no revenge.”

Much of the pre-match talk has revolved around Argentina’s trophy drought. They last won the Copa America in 1993 and since then, Brazil have won it five times.

The drought is particularly galling to Messi, who has won everything with Barcelona and nothing with Argentina.

Scaloni, though, said the lack of an international medal was no stain on Messi's otherwise breath-taking resume.

"Win or lose he is still the greatest footballer of all time, he doesn't need to win a title to prove it," Scaloni said.

"Obviously we want to win for ourselves, for our people and for all of us who have been together so many days concentrating on not breaking the bubble and creating contagions.

"It’s a final and everybody knows what this means. You don’t have to keep repeating this to players. On the other hand, as we have seen over the last year and a half, football at the end of the day is sometimes secondary. It is 90 minutes that are important but they know that after that the life goes on."