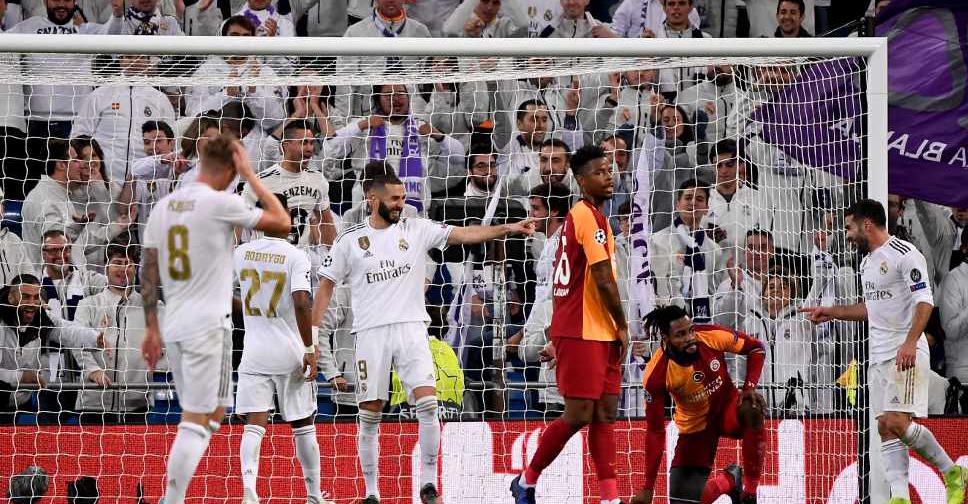 Real Madrid crushed Galatasaray 6-0 in the Champions League to take a huge step towards qualifying for the knockout stages.

Real are second in Group A, behind Paris St Germain who overcame Club Brugge 1-0 to book a spot in the next round.

In Group B, Bayern Munich clinched their place in the last-16 by beating Olympiacos 2-0 and Tottenham closed in on the knockout stages with a 4-0 win at Red Star Belgrade.

Heung Min Son scored twice for the Premier League side, while Giovani Lo Celso scored on his first start and Christian Eriksen added a late goal.

Bayer Leverkusen picked up their first points with a 2-1 win over Atletico Madrid in the other Group D encounter.

Manchester City had goalkeeper Claudio Bravo sent off as they missed the chance to secure their place in the next round, drawing 1-1 with Atalanta.

Raheem Stirling had put Pep Guardiola's side in front before the Italian team equalised early in the second half.

City remain top of Group C with 10 points, five ahead of Shakhtar Donetsk and Dinamo Zagreb who played out a 3-3 draw.