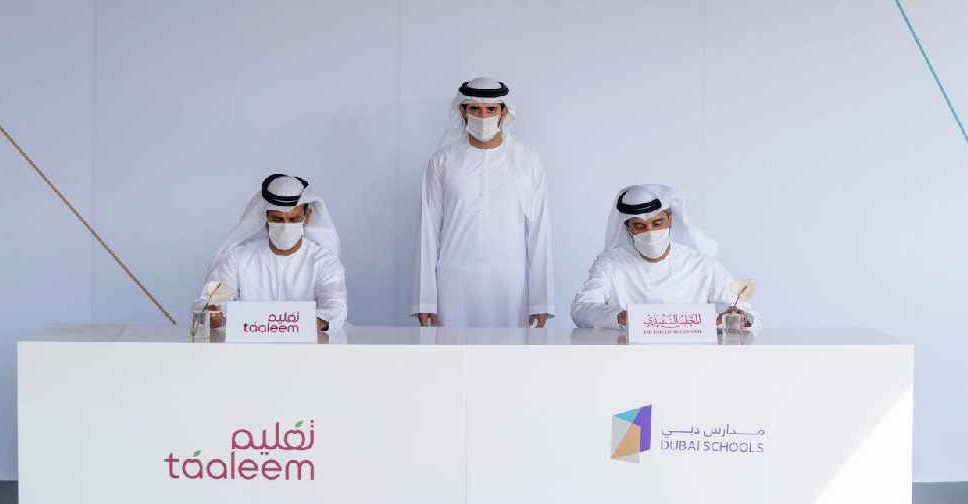 A new schooling model has been launched in Dubai, with a focus on Arabic, UAE culture and Islamic values.

It has been launched in partnership between the public and private sector.

"The new initiative, which integrates a global curriculum, will contribute in developing the educational and life skills of students with a focus on Emirati values and the Arabic language," said Sheikh Hamdan.

He also attended the signing of an agreement between Dubai Government and Taaleem to operate 'Dubai Schools'.

The first phase of the project will see the launch of two schools in Mirdif and Al Barsha for the 2021-22 academic year.

They will have a capacity of 800 students from pre-school to Grade 4 and will offer an American curriculum.

Emirati students in Dubai will have priority for admission and can avail of scholarships of up to 100 per cent, awarded on the basis of merit.

#Dubai Crown Prince @HamdanMohammed chairs @TECofDubai & launches "Dubai Schools"; a new model of education in partnership between Public and Private sector. The first group of students will join the programme from the next academic year. #Dubai pic.twitter.com/Lnk7LxQVs4