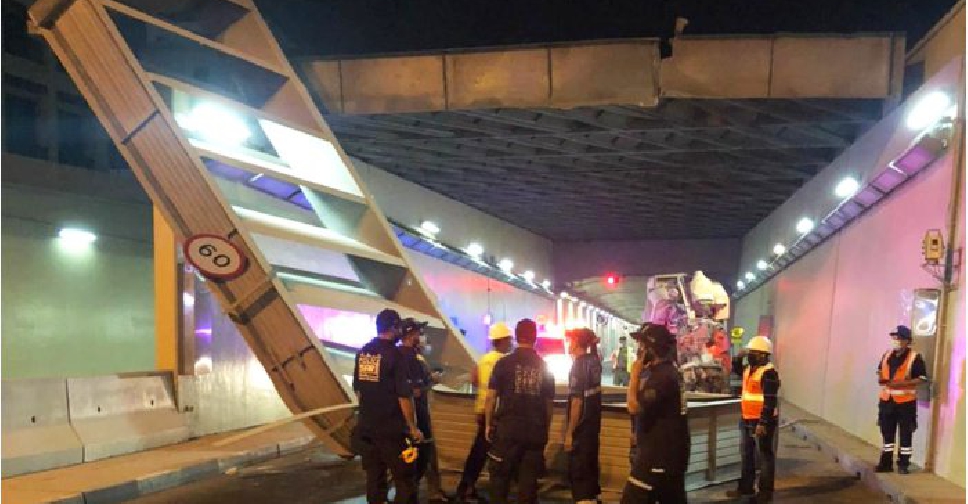 Authorities in Dubai have urged drivers of heavy vehicles to watch out for height barriers and not to ignore road signs.

The reminder comes after a truck, carrying an excavator crashed into an overhead metal frame in the Shindagha Tunnel, in the early hours of Sunday.

According to Dubai Police, no injuries were reported and the tunnel was cleared before the start of peak hour traffic.

Emergency response teams worked in coordination with the Roads and Transport Authority (RTA) to reopen the route.

They had to close both sides of the tunnel and divert the flow of traffic for few hours.

"The severe crash of the over-height truck resulted in the fall of the overhead metal frame at the tunnel entrance and the excavator,"  said Colonel Omar Musa Ashour, Deputy Director of Naif Police Station.

He added that the truck driver ignored the road signs and instructions, and violated a traffic law that prohibited the entry of trucks.