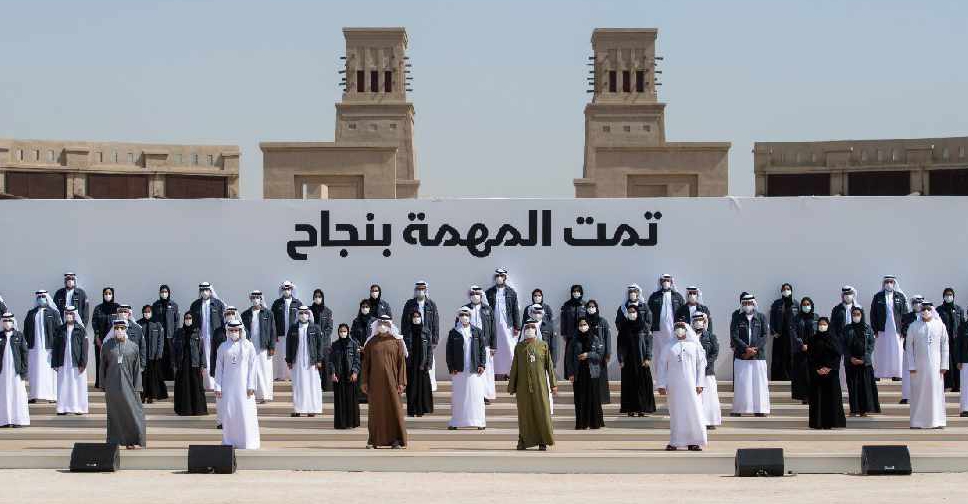 The reception was held in recognition of their relentless efforts over the past six years to successfully build and launch the Hope Probe that made history with its entry to the Red Planet’s orbit on February 9 as the first-ever Arab interplanetary mission.

The widely-celebrated probe, which will provide the first complete picture of the Martian atmosphere, placed the UAE as the first Arab nation, and the fifth nation in the world, to reach Mars.

The two-day ministerial retreat started on Tuesday to lay out a comprehensive development vision of the country for the next 50 years and harness the efforts, resources and capacities of all sectors to design new action models and plans to make the UAE among the best nations in the world.

A strategic framework will be drafted, as part of the retreat, to lead the vital sectors of the UAE and determine the national priorities of the next 50 years.

.@HHShkMohd: Celebrating the Hope Probe team as part of the ministerial retreat is a message that our projects over the next 50 years will be as ambitious as @HopeMarsMission. Hope Probe is the best gift to dedicate to the people of our country on its 50th anniversary.

@MohamedBinZayed: The Hope Probe team is the wealth of our nation. They have worked tirelessly, and today, our country is reaping what they sow. Our young people made us proud, raised our country’s flag to deep space and engraved the name of our nation in history.