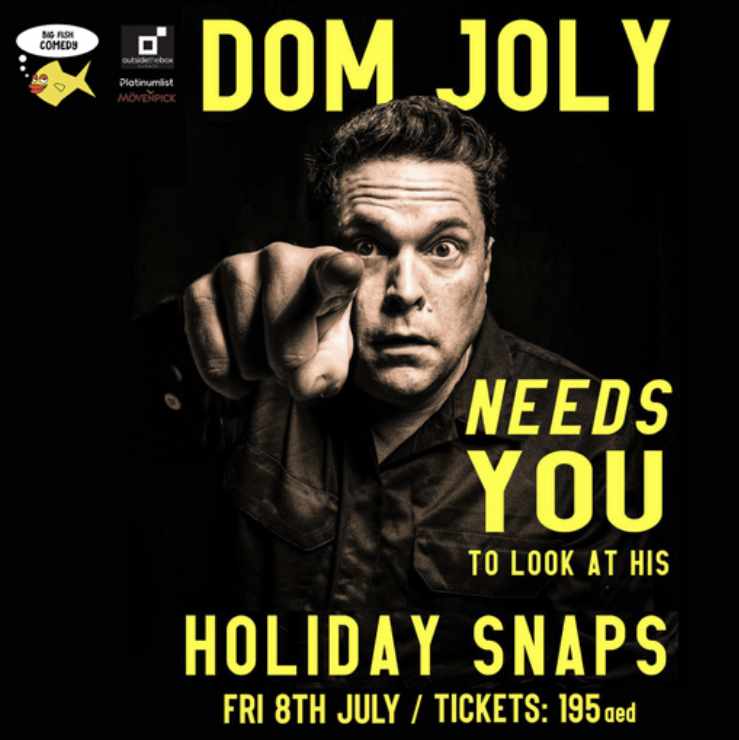 This long-anticipated show by the Lebanese/British-born comedy legend!

More Information (Dubai 92 is not responsible for external websites)

He's finally back! A master of comedy & story-telling Dom Joly is a comedy genius who will have you in stitches with his sold-out UK tour HOLIDAY SNAPS.

Dom’s show has been wowing UK audiences all year and is opening the Glastonbury Festival comedy stage.

In this two hour show (two halves of one hour each) Dom explains how he went from growing up in a civil war in Beirut, Lebanon to making a multi-award-winning smash-hit hidden camera shows like Trigger Happy TV, World Shut Your Mouth and Fool Britannia and traveling the world for his critically acclaimed travel books.

He takes us on a crazy journey - frightening an Eskimo in Newfoundland, a road trip into Syria, an assassination vacation in the USA, skiing in Iran, monster hunting in the Congo, surviving I’m a Celebrity Get me out of here, illegally crossing the Mexican US border, pulling the plug on Venice and a whole lot of Tintin.

Joly is a master storyteller. He takes us on a roller-coaster ride of his life that has the audience howling with uncontrollable laughter.

More details for this venue

The event runs from 8:00pm to 11:00pm on the following dates.
Select a date to add this event to your calendar app.