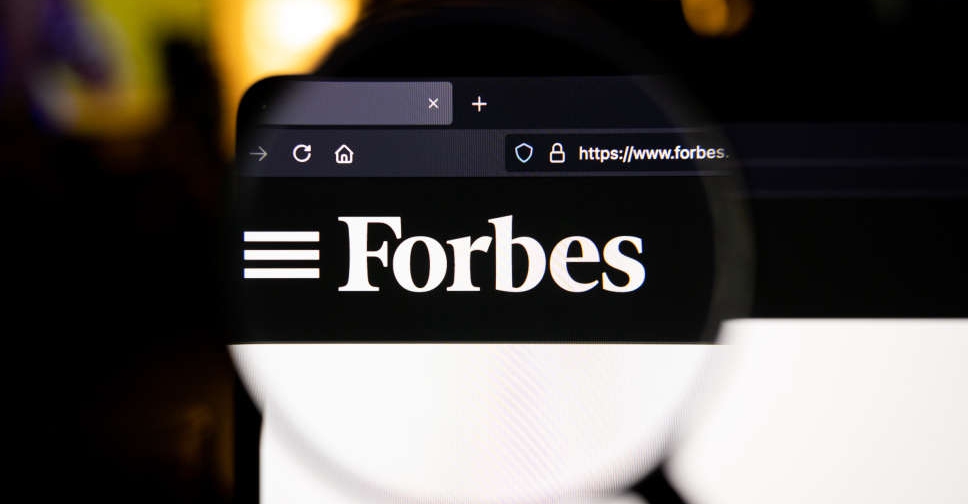 Banking and financial services is the most represented sector on the list with 27 CEOs, followed by eight telecom CEOs, and seven that each head energy and logistics companies. Combined, they managed revenues of over AED 3.5 trillion last year. Their companies are collectively worth more than AED 18 trillion.

Forbes said it ranked the selected CEOs based on the impact that they have had on the region, their country, and the markets that they serve; the CEO’s overall experience and time in their current role; the size of the company in terms of revenues, assets, and market cap; the achievements and performance of the CEO in the last year; and the innovations and initiatives that the CEO has implemented.

With regards to Sheikh Ahmed bin Saeed Al Maktoum, Forbes shed light on the achievements Emirates has made under his chairmanship: "Al Maktoum became the chairman of Emirates Airlines and president of the Dubai Department of Civil Aviation in 1985. Today, he oversees more than 85,219 people. The group recorded revenues of over AED 66 billion and assets worth AED 161 billion for the financial year 2021/22. The airline flies to 140 destinations around the world and operates a fleet of over 262 aircraft. Al Maktoum is also chairman of the board for Dubai Airports, Emirates NBD, Dubai Aerospace Enterprise, the Alliance Insurance Company, and the Dubai Supreme Council of Energy."

As for Dr. Al Jaber, Forbes highlighted the great strides made by ADNOC over the past few years: "Al Jaber has been Group CEO and Managing Director of ADNOC since 2016. Founded in 1971, it is one of the world’s largest energy producers, with a current production capacity of four million barrels of oil and 11 billion cubic feet of natural gas per day. The group comprises nearly 19 businesses with operations in exploration, production, storage, refining, trading, and petrochemical products development. Al Jaber is also a member of the U.A.E.’s Federal Cabinet, the country’s Minister of Industry and Advanced Technology, and the U.A.E.’s special envoy for climate."

Our July issue features the Middle East’s Top 100 CEOs and an exclusive interview with Tariq Chauhan, Group CEO of EFS.#Forbes