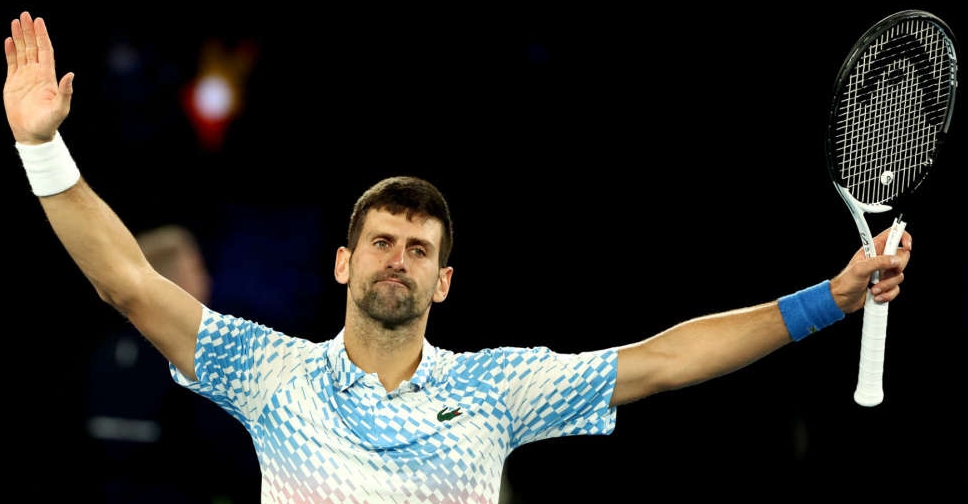 Novak Djokovic delivered another masterclass at the Australian Open to thump fifth seed Andrey Rublev and reach the semi-finals.

The Serbian raced to a 6-1 6-2 6-4 win at Melbourne Park where he is bidding for a record-extending 10th crown and 22nd Grand Slam title.

Djokovic targeted Rublev's forehand and second serve with venomous returns in windy conditions on Rod Laver Arena and went ahead 3-1 in the first set after the Russian fifth seed double-faulted on breakpoint and the Serbian pulled away from there.

After taking the lead in the match with a brilliant backhand crosscourt winner, Djokovic showed how hard he is to beat on the grandest stage despite a strapped thigh due to a hamstring issue after the fourth seed broke in the fifth game of the second set.

He played exquisitely to save a breakpoint in the next game and let out a huge roar before going on to double his advantage in the contest after a frustrated Rublev unloaded on his coach in the stands following another double fault.

Djokovic pounced early in the next set with Rublev appearing bereft of ideas and a seventh quarter-final defeat at a major looming, as the former number one closed out a convincing win on serve to set up a last-four meeting with American Tommy Paul.