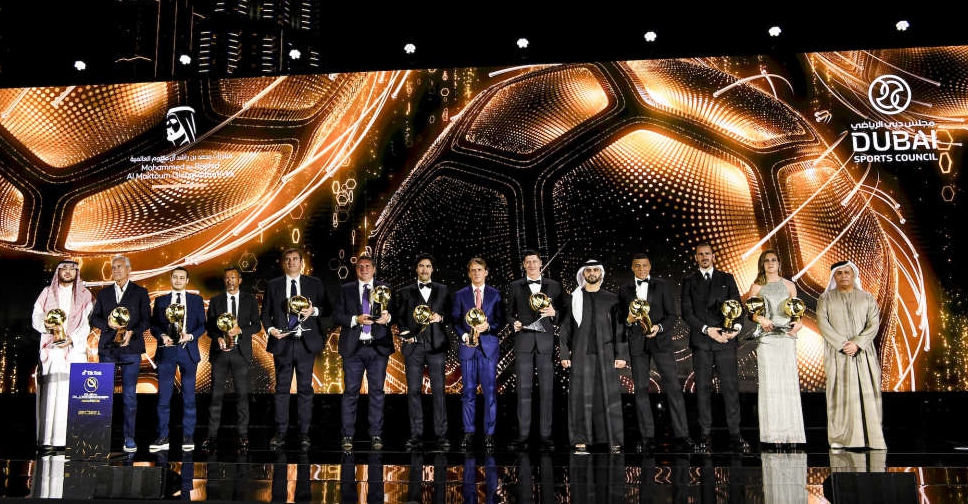 Dubai will once again celebrate the players, icons and decision makers who contribute to the success of international football in a star-studded ceremony on November 17.

The Dubai International Sports Conference and Dubai Globe Soccer Awards will be held at the Madinat Jumeirah, three days ahead of the start of the FIFA World Cup Qatar 2022.

The annual event, hosted by the Dubai Sports Council, will be broadcast to millions across the world.

The Dubai International Sports Conference continues its role as a major platform in the development of the football industry, shedding light on the players, coaches and club leaders, and identifying their success.

As in former editions, the Dubai Globe Soccer Awards will honour this year’s Best Player and Best Club for both male and female players, the title sponsor’s TikTok Fans' Player of the Year and the Maradona Award for Best Goal Scorer, along with Best Coach, Best Agent, Best Transfer Deal, Best Sporting Director and Best President.

Once again, fans around the world will have the opportunity to pick their favourite nominees in each category.

The nominees for all categories will be announced on October 20.

This year’s edition will take place on Thursday, 17 November. Once again you, fans around the world will have the opportunity to pick your favourite nominees in each category. The nominees for all categories will be announced on 20 October. pic.twitter.com/ntcE4s6Pkh

Since the launch of the awards in 2010, new award categories have been introduced, reflecting the development of the sport and its diverse international appeal.

In keeping with this tradition, new award categories have been added to the 2022 line-up.

The CNN Off The Pitch Award will acknowledge the achievements of an individual, club or other football organisation for their impact on wider society, culture, their charitable work or as a role model for others.

The Power Horse Emerging Player of the Year Award will recognise youth players who stood out in the last season with their incredible performances.

In a new launch for 2022, the Globe Soccer Digital Awards will honour the finest digital media influencers and creators in the world of football. Presented by @433, Globe Soccer’s digital partner, the categories are as follows: pic.twitter.com/vJVlUSTIQV