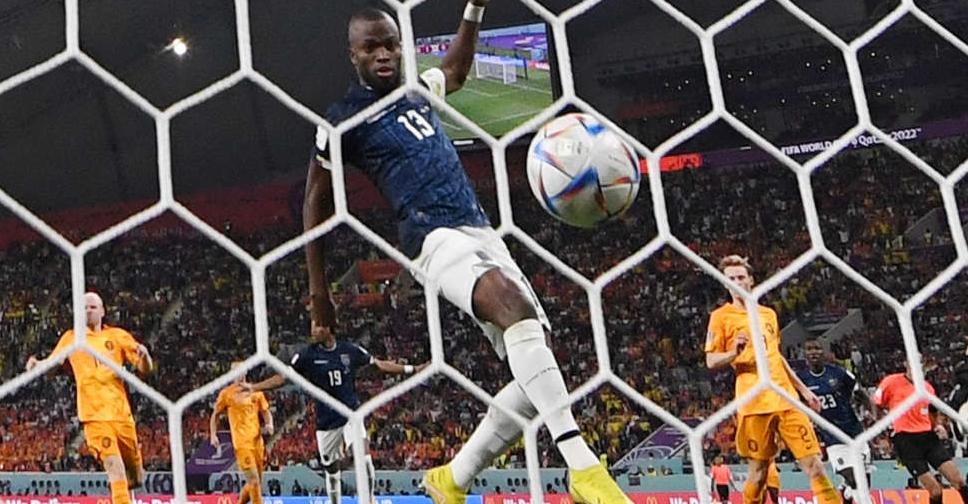 Qatar became the first team to be eliminated from the World Cup on Friday after Group A rivals the Netherlands and Ecuador drew 1-1.

The result keeps both teams in pole position for reaching the last 16 while ending Qatar's chances of qualifying.

Valencia, 33, tapped in his third goal of the tournament from a rebound in the second half after Cody Gakpo had put the Dutch ahead in the sixth minute with a sizzling shot in a result that advanced both sides to four points.

The African champions are third in Group A with Ecuador to come in Tuesday's final group games.

Ecuador had a subdued first half as Louis van Gaal's side looked comfortable but unhurried. But the South Americans, roared on by a large yellow-clad contingent at the Khalifa International Stadium, stepped up a gear in the second half and could have won it when Gonzalo Plata's strike hit the crossbar.