US holds England to scoreless draw 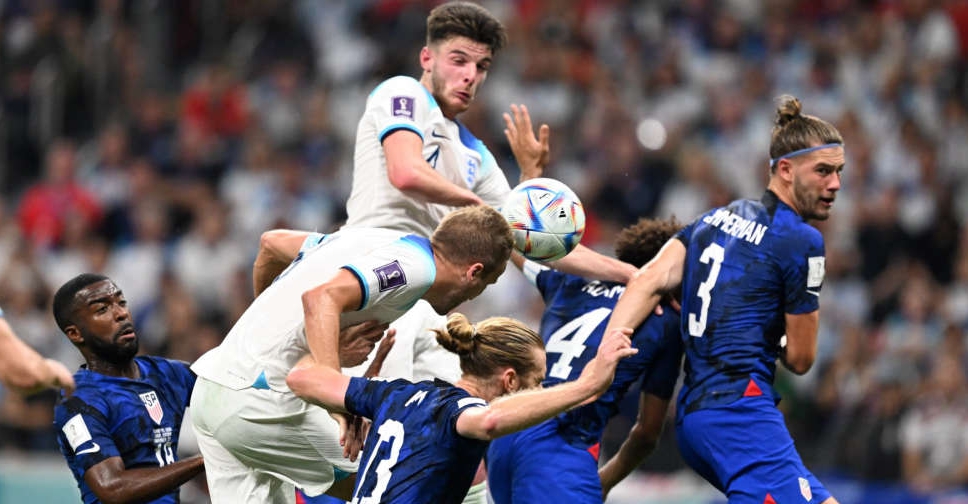 The US men's national team tied England 0-0 in Group B play at the World Cup in Al Khor, Qatar on Friday.

With the result, the US is in position to advance to the knockout round with a win against Iran in the final group stage match on Tuesday, while England finishes against Wales.

England has four points, Iran three following a 2-0 win over Wales on Friday. The US has two points and Wales one. The top two teams advance to the knockout round.

The momentum went back and forth in the second half but the best chance was a straight-on shot by England's Marcus Rashford in the 87th minute that Matt Turner easily stopped.

Then, in the third minute of stoppage time, English captain Harry Kane got his head on a free kick but put the ball left of the goal.

This was the first US shutout against a European opponent in the World Cup since that match in Brazil.

The first half was entertaining with England pressing early, the Americans bouncing back with a near-goal and the English almost pulling off a goal.

Kane had a great look at the American net in the 10th minute from the middle of the box before defender Walker Zimmerman made the block.

It was redemption for Zimmerman, whose foul allowed Wales' Gareth Bale to convert a penalty in the 86th minute for a 1-1 tie in the first match.

In the 26th for America, Weston McKennie took a service from Tim Weah only to drill a shot over the net.

Christian Pulisic had the English defense beat in the 33rd minute, but his shot smacked the crossbar.

Finally, in the first minute of first-half stoppage time, Turner made his first save, diving to his right to stop a Mason Mount effort.